The light has sunk into the earth:

The image of Darkening of the Light.

Thus do superior people live with the great masses:

They veil their light, yet still shine.

In a time of darkness it is essential to be cautious and reserved. One should not needlessly awaken overwhelming enmity by inconsiderate behavior. In such times one ought not to fall in with the practices of others; neither should one drag them censoriously into the light. In social intercourse one should not try to be all-knowing. One should let many things pass, without being duped.

The cosmic weather blows hard through the first half of August, then settles down for some relative calm as the month wanes. The key word is relative, as the deeper currents of transformation continue to roll beneath the surface. In fact, the last half of the month is more likely to be a time of integration and adaptation than true peace. Still, things should be moving a little more slowly, and potentially be more manageable.

We’re not having anything like a normal summer, of course, but it is still Leo season through most of August (until the 22nd) so be sure to do things that enrich your sense of self. Act from the heart, and have courage. 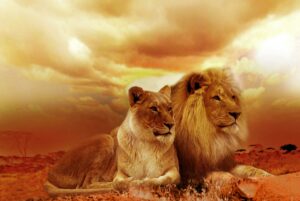 Mars is in the shadow of his retrograde, which will run from September to November. We’ll get into Mars’ retrograde more next month, but for now it may be worthwhile to remember that this isn’t be best time to be launching new projects. Even retrograde, Mars is quite powerful in his home sign of Aries, and we’re likely to feel tension building. Find constructive outlets – like sensible exercise (don’t overdo it!) – but accept that a degree of frustration associated with a lack of progress is not unusual at this time.

The month begins with several firecracker aspects, as Mercury opposes Pluto and Saturn, the Sun squares Uranus, Mars squares Jupiter, and we have a full moon in Aquarius – all in the first three days of the month. Mercury aspecting Pluto and Saturn often correspond to speaking truth to power, Sun/Uranus is impatient and impulsive, as is Mars/Jupiter. Full moons tend to bring things to light. Yet we seem to have been living with all of these for some time, so we’ll have to see what new shades of these themes emerge as August commences. Be careful on the roads around this time, as many folks will throw caution to the wind.

Waning moons tend to bring a slower, calmer energy, but as we approach the last quarter moon on the 11th, the Cosmos continues to crackle. Mercury squares Uranus on the 10th (sounding another cautionary note for drivers), while Mars goes on to square Pluto on the 13th, as Uranus stations retrograde on the 15th.

This period of time between the 10th and 15th closely echoes and ‘triggers’ the Saturn/Pluto conjunction of this past January, and it is quite likely to be a time – or yet another time – when the seeds planted earlier in the year come to fruition. This is a time fraught with potential for impulsiveness, anger, and perhaps violence in some places. While I never encourage being a “deer in the headlights” and standing still in the face of danger, a degree of caution is advised.

The new moon in Leo on the 18th ushers in an era of relative harmony. Mars squares Saturn on the 24th, another tense aspect, but one that is less prone to explosiveness. In fact, it could be a good time for focused action – especially with the Sun now in Virgo.

Mercury and Venus dominate the end of the month, suggesting that personal rather than collective concerns are prominent (although you never know with Mercury). The last week of the month sees Venus in opposition to Jupiter and Pluto, aspects that could stir up relationships, and which could have a tumultuous effect on markets. A trine to Neptune can soften the glare, but may make decisions harder. No worries, as Venus goes on to oppose decision-maker Saturn at the full moon in early September.

Mercury spins ideas and plans during the last half of August, aspecting Uranus, Neptune, and Pluto. It’s probably a better time to dream and imagine than act or speak, but there’s sure to be value in your thoughts – somewhere.

On the 30th, Venus opposes Pluto while Mercury moves opposite Neptune. Opportunities may seem better than they should, or all may appear lost. Take the ride if it feels good, but don’t invest or divest based on what you see as the month draws to a close. You’ll have to wait a few days to see what’s really going on.