Skip to content
February 17, 2021 leosun
February 17th marks the first of three peaks of the 2021’s big aspect, a square between Saturn and Uranus, an aspect that represents a push-pull between tradition and change, conservatism and progressivism, and, at an extreme, the status quo and revolution.

There’s a strong tendency in some folks to upend any and all power structures, while others defend the established system. Keep in mind that while each side is very likely to feel that it is in the right (especially with fixed-sign Aquarius so prominent), the reality is likely to be more complex.

In fact, Saturn and Uranus co-rule Aquarius, and despite their many differences, they find common ground in a rather chilly approach: principled, but uncompromising.

Of course, politics in the U.S. and elsewhere demonstrate the Saturn/Uranus dynamic rather dramatically. But there are other areas where we are also seeing this energy manifest. 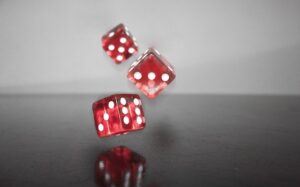 For example, the U.S. congressional hearings on Robinhood take the drama to the stock market. A kind of crowd-source investing approach late last month took several stocks (most notably GameStop) to dizzying and unsupportable heights – only to see them crash. Anthony Scaramucci of Skybridge Investing called this “The French Revolution of Finance” – not a bad astrological assessment, given that the French revolution happened with Pluto in Aquarius.

The GameStop Revolution was all over the news – and not just financial news – as Reddit users bolstered the stock of a company that was truly suffering (a recent brag by its CEO was that it wasn’t bankrupt). GameStop sells video games in malls, a business that was lagging even before the pandemic due to online downloading.

It’s not just GameStop. Other lackluster and even failing companies have been crowd sourced in the stock market, creating billions of dollars of very precarious wealth. At the same time, Bitcoin, the “new gold,” is behaving like anything but, fluctuating wildly.

At the core of these stories is a decentralization of investments like stocks and currency. Previously in the hands of a very few power players, the investment world became more egalitarian a couple of decades ago with an influx of individual investors. Most of those, however, invested in index funds and had little direct activity.

The pandemic has changed that – or accelerated the change. It’s speculated that stocks became the new sports during the shutdown, but the effect doesn’t seem to be temporary. Astrologically, we can see the emphasis on Aquarian energy transferring power to a wider population. The Jupiter/Saturn conjunction at 0 Aquarius is the keynote, and the Sun in Aquarius meeting Jupiter and squaring Uranus in late January was the proximal signal of the GameStop Revolution.

The deeper history of this Saturn/Uranus aspect goes back to 1988, when they met in Sagittarius. That era, of Saturn/Uranus/Neptune meeting in Sagittarius and Capricorn stretched from 1988 to 1994. It was a time of great change and transformation – most notably in the fall of the Iron Curtain (and literally, the Berlin Wall) and the opening of Eastern Europe. It was also the beginning of the internet as we know it, though just in its nascent stages. There was a complete realignment of the political and economic landscapes, including the birth of the European Union and the aforementioned influx of ‘retail’ investors into the financial markets.

A turning point came in 1999/2000, as Saturn squared Uranus, and challenges to the progressive movement that had become dominant emerged. The Dot-Com Bubble burst, the 2000 election was contested, and before long 9/11 turned the tide towards the conservative (helped by the Saturn/Jupiter conjunction at 22 degrees of Taurus – a degree significantly affected by last year’s Saturn/Pluto conjunction.

The next turning point came from 2008 to 2010, which again signaled a turn towards the progressive. In the United States, the election between conservative – but maverick – John McCain and progressive – but practical – Barack Obama was almost a referendum on Saturn and Uranus (although each candidate embodied both to a degree, McCain came off as Saturn and Obama as Uranus). The Affordable Care Act (Obamacare) became a touchstone for the progressive.

A lot has happened since 2010, astrologically and otherwise. The Uranus/Pluto square of 2012 – 2015, the Saturn/Neptune square of 2016, and of course much more. Yet there are clear lines being drawn as we enter 2021’s contest between Saturn and Uranus. There are dark sides to left and right being exposed: from Cancel Culture to the attempted coup on January 6th. We see it not only in the split between parties (e.g., Democrats and Republicans) but also between the more moderate and extreme factions within parties, across the globe.

For those eager to join the revolt, it’s worth noting that the first flurry of activity in a revolution rarely predicts the eventual outcome. There’s a back-and-forth as power structures give way, recover, and change.