The astrology of February 2021 isn’t quite as hot as recent months, but cooler skies won’t necessarily translate into calmer terrestrial events. With political and social unrest showing no real signs of resolving and the pandemic placing additional pressure on us all, we’re reeling from crisis after crisis. The old systems aren’t working, and new ones are not yet in place – or even very far along in their formation.

As we enter the 12th month of the global pandemic, and the second year of Covidian reality, it’s apparent that we’re in for the duration. While the vaccines have offered some hope, progress has been countered by a frustratingly slow implementation as well as new and more contagious forms of the virus. All of us are feeling somewhat drained and frayed, and it’s clear that many folks are going off the deep end.

The great interconnectivity of the new Aquarian Era holds much potential for positive communication, but we’re also seeing its dark side. It’s wonderful that everyone has a voice, but problematic that there’s no real way to vet information. The tumultuous effects of “crowd-sourcing” our political, social, and economic realities are becoming apparent, especially as ideas of the bat-shit crazy variety take hold as fast, or faster, than more rational and plausible concepts. Desperate times – and many people are desperate now – feed extremism in all its forms. These are the issues we’ll be dealing with under the Saturn-Uranus square this year, the first peak of which occurs this month.

Western, and particularly American, society fosters individualism and extroversion. It’s a wonderful environment for accomplishments on the material level, but with the pandemic squelching our ability to move forward the frustration is palpable, and this month’s Mercury retrograde won’t help. Those with a more introverted and reflective nature (or simply the ability to self-entertain) are in a better position, yet the dangers of this time don’t allow for much comfort, regardless of disposition.

Early on the 1st, the Sun squares Mars, kicking off the month with a fiery start, and actions are likely to speak louder than words.

Appropriately enough for the month of Valentines, Venus is the star of the February, as she’s busy making aspects as soon as she enters Aquarius on the 1st. In the sign of the Water Bearer, the goddess of love can accentuate the need for friendships, and romances benefit from a shared perspective and perhaps a common goal. Yet she’ll be dealing with some tense energy this month, and breathing freely may be a little difficult for the goddess, even in the open air of Aquarius. 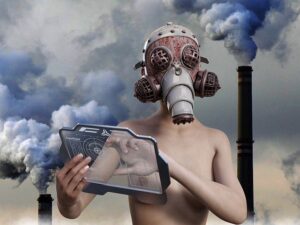 Saturn is Venus’ first meeting, on the 6th. After the tense period around the January full moon, this could be the time when we feel that we can get a fresh start in our relationships. We know what we want, and we’re ready to get it. Yet just a few hours later, there could be some reversals, as Venus squares Uranus in Taurus. As these two planets are in each other’s signs, there’s an underlying understanding between them. We’re looking for change and freedom, a desire to connect with others while maintaining our individuality. Break routines, and try something new. This period may also feature some significant financial fluctuations.

Next on her agenda is a meeting with Jupiter, on the 11th, just before the New Moon. Meetings between Venus and Jupiter are always sweet, and at the Aquarius new moon we may be pulled towards a deep appreciation of our friendships, including our online connections.  Valentine’s Day, the 14th, features retrograde Mercury connecting to Jupiter, an invitation to express yourself – perhaps some of us too boldly. Say what you mean, but try to say it in person or on the phone rather than relying on texting. As we move away from the Aquarius New Moon, we may spot some investment opportunities – but be aware that a rocky ride may be in the offing before profits are made.

One of the major aspects of the year is Saturn’s square to Uranus on the 17th, the first of three confrontations in 2021 between the planet of structure and stability and the planet of revolution and change. This aspect harks back to 2008 and the presidential election between Barrack Obama and John McCain, and the subsequent efforts at health care reform (in fact, the first aspect was on November 4, 2008). Expect this aspect to ‘test’ the progressive values of that era, as well as the more reactionary tide in recent years.

February ends energetically, as the Sun dives into Pisces on the 18th, Venus squares Mars on the 19th, and Mercury turns direct on the 20th. This period of time is likely to see a lot of action, especially in relationships, and also a fair amount of confusion.

Mars trines Pluto on the 24th, a very powerful energy that can be directed in almost any way – but be sure that you direct your energy wisely and purposefully.

The full moon in Virgo on the 27th is sextile to Uranus, encouraging us to make a ‘to do’ list for the year. After the hesitations and delays of 2020, the list may be very long indeed, so be sure to prioritize and be realistic.