Late winter and early spring this year have less dramatic astrological weather than we’ve seen for a long time – although that doesn’t mean things will be calm. We already have quite a few issues on our plate, crises and dilemmas that we need to chew and digest.

Patience is frayed and frustration mounts as we enter the second year of the pandemic, and the resulting tension spills into our political, social, and economic lives. If the astrological energy of March offers few new problems, it doesn’t mean that we won’t need to work on existing matters. 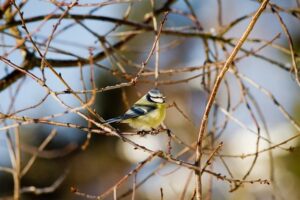 The line between ‘personal’ and ‘collective’ has been nearly dissolved in the Covidian Era, as we’ve all been affected by the virus. Political and social issues are also past the boiling point, and many of us have seen friends and family members turn against each other in what may well be a new kind of civil war. Lest we forget, economic polarization has increased, and some folks are thriving while hunger becomes commonplace. Environmental catastrophes have left many homeless – a story that is often buried beneath other traumatic news of the day.

I don’t mean to be a downer, but we all know that things are pretty tumultuous now, and it’s better to be aware and proactive than to pretend that everything is fine. It would be lovely to say that things are going to turn around quickly and that we’ll go back to normal in an instant – but you know that’s not the case.

In fact, we never go ‘back’ to normal. Even in easier times, we are constantly creating new normals, evolving our present into the future. Over the past decade (or longer), we’ve made some questionable choices, and have walked ourselves into the spot we’re in. Finding our way out of this alley is going to take some time.

If things move a little more slowly in March, take it as an opportunity to focus your energies. None of us can effect major changes alone, but we can each contribute in a positive way. Things will amp up again as April draws to a close, so if you can get a little respite beforehand, do so.

March begins with Mars moving into Gemini on the 3rd, as Mercury meets with Jupiter and Venus connects with Uranus. It’s a verbal – possibly downright chatty – period for socializing and sharing ideas, if only online. This is an opportunity for coming to decisions and reaching consensus. We might be a little over-optimistic, especially with the last quarter moon in Sagittarius, but there are worse things than too much enthusiasm.

A less intellectual vibe prevails as we approach mid-month. The Sun meets with Neptune on the 10th, before the Pisces New Moon on the 13th. That new moon is accompanied by a romantic, but not necessarily realistic, meeting of Venus and Neptune.

A few days later, on the 15th, Mercury dives into the waters of Pisces, adding to the dreamy feel. From the 9th through the 16th, it could be time to step back from practicalities and let your energy flow into creative projects, fantasy, and romance. It’s a great time for meditation and spiritual exploration, and – less demandingly – binge-watching your favorite shows.

Once again, the mood shifts rapidly as we head towards the solstice on March 20th. The Sun is quickly joined in Aries by Venus, and Mars begins a very active period, culminating at the Libra Full Moon on the 28th. This full moon has the Sun closely conjoined to both Venus and Chiron. The end of March is likely to be a time when folks are eager to assert themselves. Relationship is important, but we’ll want it on our own terms. Compromise is not always a good thing, and we’re exploring the limits of cooperation. Exercise some healthy selfishness, as doing right by yourself is a prerequisite for doing right by others.

The fog rolls in just after the full moon, suggesting that we may have an extra dose of lunacy, as Mercury has his annual meeting with Neptune on the 29th. Although the full moon pushes us to act, Mercury/Neptune could mean that our wires are crossed, messages are distorted, or communication short-circuits in some way. With luck, the astrological weather in the coming days will help us sort things out, but keep in mind that the 28th – 30th is not an ideal time for making practical decisions, although it’s fine for implementing them.