2020 was quite a year, wasn’t it? I’m not much of a fan of ‘participation medals’, the rewards that are handed out for just showing up, but those of us who were incarnated on this level of existence in 2020 deserve a little credit.

In my client consultations in late 2019 and early 2020, I kept saying the 2020 would be a building year, a time to work without great expectations of success – which would come more directly in 2021 and beyond.

After a while, I wondered if I wasn’t just projecting my own concerns. Yet the astrology in the individual charts was pretty clear. I thought it particularly strange because it was also apparent that 2020 was going to be a big year in the collective, given the Saturn/Pluto/Jupiter/Ceres action in Capricorn, among other things.

Challenging times in collective can be difficult, but usually some folks manage to take advantage of periods of great change and upheaval. For most people, I just wasn’t seeing it – but I couldn’t have known why so many of us would be stuck in 2020.

Regular readers and clients know that I’m not one to advocate hiding under your bed in difficult times (do you think Pluto can’t find you under your bed?), but by mid-year I was suggesting it might be time to lay low. Too much was up in the air and moving to be able to make clear decisions, and there was too much excitement in the collective to be heard with clarity.

2021 is likely to be devoted to sorting out issues that are already on the table. The major aspect of the year is Saturn’s square to Uranus, an aspect that amplifies the question of individual freedom versus collective obligation. With Saturn and Jupiter in Aquarius and answering to Uranus, there’s potential to work things out – although the word compromise doesn’t come to mind, given the planets involved.

We’ll surely see many manifestations of this aspect throughout the year, will all sides taking on moderate and extreme positions. Wearing a face mask has already become a potentially deadly controversy, whether from spreading the virus through neglect to wear one or assaults on those who demand that a mask be worn.

The Covid vaccines are another hot spot for these issues, but not all Saturn/Uranus controversies are about the virus. To get some perspective, the last time these two planets formed a hard aspect was 2008, when Barrack Obama defeated John McCain for the U.S. presidency. A good catchphrase might be that 2021 is likely to be a time of testing for the progressive agenda (healthcare reform in the U.S., for example) that got a boost at that time. 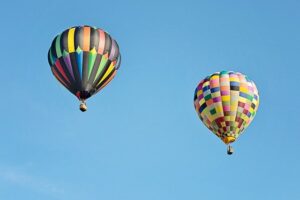 This is also the first year of the era ushered in by the Jupiter/Saturn conjunction at the beginning of Aquarius – so we’re just getting to know how this will play out in our social and political lives over the next 20 years.

The large tech giants and social media companies are already under scrutiny, and although this is likely to continue through 2021 most of them should emerge unscathed: changed, but not substantially damaged by regulations, as Saturn demands accountability while Uranus pushes the limits.

In January, Jupiter squares Uranus, zipping past him for just one direct hit as opposed to the more common three. Look for important information about technical advances in the second half of the month. Quite possibly, stocks associated with the news will soar.

Jupiter spends part of the year in his second home, Pisces (well, he may have sold the sign of the fish to Neptune, but he’s still happy to visit). From May through July we’re likely to see an interest in immigrants and immigration reform, as well a focus on the health of our oceans.

Take it one day at a time – that’s a strategy we learned in 2020. And if you want to take it one month at a time, click here for the January forecast.