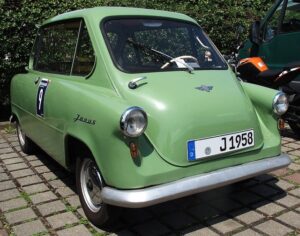 Last year presented us with a degree of stress that we haven’t seen in a long time. Yes, we’ve been feeling the whirl of change around us for quite a while (I even look back to the 90s with a sense of nostalgia for ‘simpler times’!), but 2020 brought us changes on every level: environmental, political, social, and economic, reflecting the conjunctions of planets at 22 degrees of Capricorn last January and throughout the year.

In addition to the global pandemic, we saw record wildfires and an unprecedented number of tropic storms (Ceres, the Earth goddess), political and social upheavals (Jupiter and Saturn), and economic erosion (all of the above, plus Pluto). All of these planets spent a good part of 2020 not only synergistically together in Capricorn (the sign of our institutions), but square to Eris – the planet of discord. “Challenging” doesn’t begin to describe 2020.

The macro-level chaos of 2020 was in many ways mirrored in our personal lives, as the collective truly became the personal. With unemployment skyrocketing, social restrictions in place, hospitals crowded with the sick and dying, and political tensions turning neighbor against neighbor and family member against family member, none of us could feel that the news of the day was “out there”, happening to others.

As we head into 2021, it’s helpful to think that this year will largely be devoted to sorting out the issues that are already on the table. It will be messy and contentious, for sure, but this is a time to integrate and process the changes that happened last year. As always, the direction we choose – individually and collectively – will determine the outcome. The planets set the table, but we decide how the cosmic energies will play out.

The month begins with a bang, with the Moon in Leo coming off of the December full moon. Mars goes over his retrograde station point on the 2nd, and matters that have been stuck or up in limbo since early September are likely to be resolved now.

We enter a period dominated by Mercury, as the Cosmic Messenger meets Pluto on the 4th and Saturn on the 9th, suggesting that words will have power but will also be tested. Speak the truth to power, but be aware that you’ll be held to a high standard of integrity and principle.

Mercury goes on to meet Jupiter and square Uranus on the 11th and 12th, opening up more possibilities for innovation and change. If you have the green light and answered all questions successfully, this is a time to move ahead. It’s just before the new moon, so maybe a good strategy would be to make decisions and plans now, but act in the coming days, especially after the 17th.

The January new moon is on the 13th, at midnight Eastern Standard Time, and it’s at 23 degrees of Capricorn, right on the degree of last January 12th’s conjunction. It’s as if we’re revisiting and renewing the energy that was released at that time, potentially hitting a celestial reset button. We saw how we handled the energy last year: now what will we do?

Mars squares Saturn just a few hours after the new moon, so it may be well to expect a certain amount of delay and hesitation from later on the 12th through the 13th – appropriate enough for a new moon.

Typically, we come out of new moons slowly, like waking up early in the morning. Yet this month we have active energy following closely on the new moon. As soon as we clear the Mars/Saturn square, the energy builds. Again mirroring last year, on the 14th the Sun meets with Pluto as Uranus stations to go direct. This is an implosion-explosion kind of energy, holding in and letting go, tension and release in rapid succession.

From the 12th through the 15th, there could be an air of frustration due to internal hesitation or external constraints. It’s likely that you’ll feel ready to Go! in some respects, but held in place in others. It’s a great time to set intentions and acknowledge needed change, but don’t be surprised if things don’t move all that swiftly. On the other hand, some folks might act impulsively and without consideration.

Around the first quarter moon on the 20th, we have a real opportunity period, as Jupiter, Mars, and Uranus all aspect each other between the 17th and the 23rd, and we can feel things moving swiftly. Inventive ideas are encouraged, and we can act on our ideals. Look for important announcements about technological innovation around this time, as well. With the Sun meeting Saturn on the 23rd, we’ll vet ideas and opportunities in order to make practical decisions.

The Sun squares Uranus on the 26th, continuing the period of rapid change and revolutionary ideas. With the Sun now in Uranus’ home sign of Aquarius, we can expect progressive ideals to dominate – although perhaps at the cost of some individual freedoms.

Sol goes on to meet Jupiter on the 28th, the day of the full moon in Leo. All else being equal – which it never is – this period should be marked by enthusiasm and an upbeat feeling in the collective. It’s a great time to connect with friends and people that you feel to be on the same page with you in terms of your worldview. Venus meets Pluto on the same day, suggesting that it could be deadline time for relationship decisions.

As the month ends, on the 30th we begin a three-week visit from the perennial Cosmic Gremlin, Mercury retrograde (actually, Mercury retrograde is a triannual rather than perennial phenomenon, although triannual can also mean ‘every three years’, as in triennial, as well as ‘three times per year’. Very Mercurial!). As usual, this is a time to revisit and revise. With Mercury very happy in airy Aquarius, we can expect – or at least hope – for fewer snafus and mishaps.

Forecasts are great, but if you want a personalized astrology consultation, click here!