It’s been quite a year, hasn’t it? Getting perspective is hard when you’re in the midst of the storm, and the pandemic, social and political turmoil, and economic earthquakes have been unrelenting, while record wildfires and tropical storms have bombarded us. Many of us have felt our personal security – let alone our ambitions and aspirations – threatened, while our collective foundations are eroding in the wake of the Saturn-Pluto conjunction last January.

Those looking for respite in the final month of 2020 are likely to be disappointed, as the cosmic weather continues to blow stormy through December, and although we have some good opportunities, we are also facing some significant challenges.

Jupiter and Saturn, meeting at the very first degree of Aquarius on December 21st are signaling an important change in the cosmic weather. Jupiter will stay in the sign of the water bearer for most of 2021, while Saturn will remain until March of 2023 – just two weeks before Pluto enters to begin an extended stay (until 2044). Clearly, we’re going to be working out the meaning of Aquarius in our lives for some time. 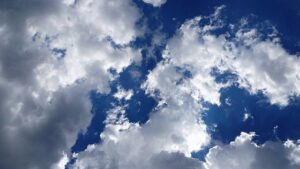 With outer planets in Aquarius, our attention turns towards matters of social justice and equality. Aquarius promises freedom for all, yet ironically can constrain individuals for the sake of the collective. If we remove the boundaries that limit us, how can we enforce our newfound freedom without constructing new boundaries?

It’s the question that has confounded revolutions – and revolutionaries – for centuries, and we’ll have our go at it on many different levels over the next few decades. The coming year heralds the start of a new era, and the issues are bound to be very explicit. December of 2020 is the keynote address by Jupiter and Saturn, so listen closely.

Early December has more subdued feeling than we’ve seen in some time, although we are between eclipses, a time that tends to feel somewhat tense. Eclipse seasons let us know what’s important to us, but tend to make it challenging to see things in a realistic perspective.

Things get decidedly murkier as we approach mid-month. On the 13th, Mercury squares Neptune, justa day before a solar eclipse in Sagittarius. With Mercury also meeting the Moon’s south node in the sign of the archer, there could be a tendency towards hyperbole and highly polarized confrontations. Belief systems may trump facts, and Mercury/Neptune aspects are renowned for stretching the truth and bending it to fit the situation. Don’t take any wooden nickels or buy any bridges around this time.

With the new moon/solar eclipse also on the 14th, the collective energy is likely to be quite charged. The question for the collective is: what reality will we buy into, what beliefs will carry us forward? Those who pull towards the past may find their realities fragile before long.

Venus connects with Saturn and Jupiter on the 14th and 15th, making easy aspects that suggest building on our relationships by going deep (Venus is in Scorpio). It’s also a good time to get an appraisal or assessment on something, too.

Chiron stations to go direct in Aries on the 15th, and we may feel challenged to express ourselves, or we might lack self-confidence. For most, it will be a passing feeling, if that, but those with planets near the station point might feel a bit more of the ouch that the rest of us.

On the 17th, Saturn re-enters Aquarius. Jupiter follows two days later, and they have a historic meeting on the 21st, just eight hours after the Capricorn (winter) Solstice. As the light reaches its low point for the year, the Sun turns northward and begins the long journey towards the Summer Solstice. It’s truly remarkable to have two powerful beginnings – one yearly, one millennial – on the same day. It is even the day of the first quarter moon, always an active period.

Mars squares Pluto on the 23rd, reigniting and releasing tensions from earlier in the year. Look back especially to mid-August and early October for the reference points in this story: we’re likely to reach a conclusion now to matters that were hot then.

December ends with a full moon in the sign of Cancer on the 29th. Hopefully, the brightness of the Moon will illuminate us while the Sun begins his climb upwards from the depths.

Wishing you a Happy New Year!