Three planets turn direct in November, ending retrogrades of varying lengths and strengths. Mercury ends his retrograde at the beginning of the month, and Neptune at the end. With both planets direct, we may have an easier time getting accurate information and processing it – next month. Mars ends his ten-week retrograde at mid-month. We should feel an influx of energy and be more inclined to tackle projects as the Cosmic Warrior starts moving forward in the latter half of 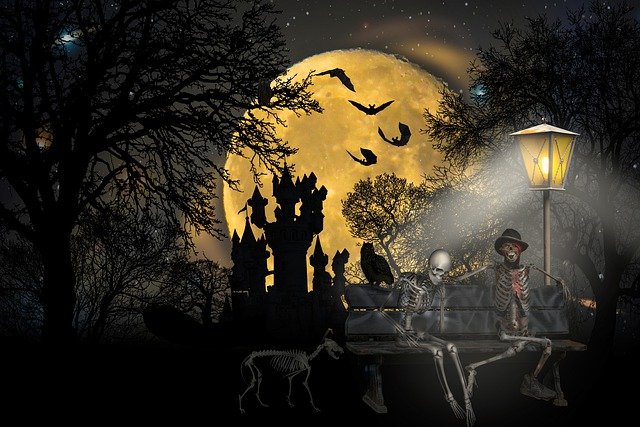 November. Matters that have been on hold since early September might start to move as the month progresses.

There’s a start-and-stop energy in the first week of November, with retrograde Mercury squaring Saturn on the 1st, and again on the 6th when he’s moving direct. This represents a time when some folks are likely to feel forced to tell to truth, or to give up secrets (Mercury in Scorpio) in the face of pressure (Saturn). It’s a time when we’re confronted with a choice between radical honesty and deep deception.

On the 3rd, Mercury stations to go direct after three weeks of retrograding. Significantly, Mercury’s station is on Election Day in the United States, and the last time there was a Mercury station on Election Day was in 2000, with the contested outcome between George W. Bush and Al Gore. Already, politicians and the news media are readying us for an indecisive election outcome, due in part to mail-in ballots (whatever you think of them, they take longer to count).

Adding to the mix, Mercury stations almost exactly opposite to Eris, the planet of discord. Eris is known for her unique way of getting revenge for not being invited to a party. She threw a golden apple into the festivities, with “For the Fairest” written on it. Three goddesses all assumed it was for them, and, to make a long story short, the Trojan War ensued. That could be a model for Mercury’s station on Election Day.

Venus opposes retrograde Mars on the 9th. Both planets are strong in their home signs of Libra and Aries, although Mars is retrograde. Venus in Libra would like to gracefully follow the rules of decorum, while Mars in Aries wants to get right to the passion. You could feel that relationships are moving too quickly towards sex, or that sex is over-or-under emphasized in your partnership. With Mars retrograde, it’s probably best to take a step back and evaluate rather than making hasty decisions, either way.

Relationship changes may have been prominent in the second half of October, and might need to be revisited in mid-November. Resolution and decisions may have to wait for early December, so be (as) patient (as possible).

The major aspect of 2020 was the meeting of Saturn, Pluto, and Ceres at 22 degrees of Capricorn back in January. The changes we’ve experienced on every level have been dramatic, and they are ongoing. On November 12th and 13th, we have another of the many ‘triggers’ that can set off the energy of January aspect. Jupiter, Pallas Athene, and Pluto all meet at 22 degrees of Capricorn on the 12th, while Mars stations to go direct on the 13th. Pallas Athene is the ‘truth-teller’ asteroid, the Goddess of Wisdom who carries a spear – to make sure her point is taken. It’s bound to be a volatile time, especially in the collective.

The November new moon is on the 15th. In the sign of Scorpio, it’s a deep and somewhat dark period, a time to ponder the mysteries of death and rebirth. Seeds are being planted for the coming year, but we don’t know which crops will sprout and flourish and which will whither. It is in the depths of Scorpio that such decisions are made, out of view of our conscious minds.

More consciously, Venus is busy right after the new moon, aspecting the Jupiter/Pallas/Pluto conjunction on the 15th and 16th. Assess where you are with relationships, and decide where you would like to go. This might also be the time when you can bargain for a fair price or get an accurate appraisal on goods.

Mercury opposes Uranus on the 17th, an aspect that can foster brilliant insights, or incite us to speak a little too freely. It’s a frenetic kind of verbal energy, although with Mercury in Scorpio we can expect it will be more contained. Ideas that were floating around in the first half of October may finally be delivered in workable form now, and communication that went awry during Mercury’s retrograde could be cleared up.

As the month draws to a close, the activity ramps up. Venus opposes Uranus on the 27th, suggesting that we may want freedom and independence in our relationships, or simply that we’re looking to break out of entrenched patterns and try something new.

There’s a feeling of possibility in the air, accentuated by the idealistic but not necessarily realistic station of Neptune to go direct on the 28th. Neptune stations are great for pursuing fantasy and the imagination, and they are terrific for meditation and all forms of connecting with the astral planes. On a practical level, however, things are best deferred for at least a couple of days.

But to make good decisions you need a level head and emotional calm. With a full moon lunar eclipse on tap for the 30th, it could be a real challenge to avoid snap judgments and impulsive actions in the last week of November.