With the Virgo/Libra emphasis strong at this time of year, there’s a pull towards work, diplomacy, and formality. Yet this year we find that there are challenges to following protocol and minding manners, as the desire for independence is strong. We’re very aware that you can’t spell routine without r-u-t and we don’t want to get stuck in one. 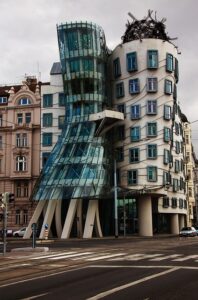 September starts off with a bang, with a series of aspects in the first week. Mars opposes Neptune on the 2nd. These two planets can rile us up to go on a crusade, but can just as easily mean that we lose steam before we can act – especially as we wane into the new moon. Yet with Mars going on to trine Pluto on the 6th, it could mean that we do find the energy to get moving.

Our relationships are likely to be in focus, as Venus is also very active in the first week of September, with a square to Pluto on the 5th followed by a trine to Jupiter on the 6th. This could play out as a struggle followed by resolution, and it is a very good energy for creative inspiration. Take note that whether you’re involved in relationship, work, or anything else, there’s perhaps more of a tendency to let go than to build with these aspects occurring before the new moon.

The Virgo New Moon is on the 6th. This new moon represents a time to assess what we’ve accomplished so far this year, and what remains to be done as we move into the last part of 2021. Obviously, September has always had a ‘back-to-school/back-to-work’ vibe associated with it, as summer vacations come to an end. This new moon is closely trine to revolutionary Uranus, indicating a desire for innovation and change. Indeed, it is the antithesis of ‘routine’, and the aspect suggests that we’re ready to re-create our personal and collective realities in the coming months.

At mid-month, we could be a little unrealistic, as the Sun opposes Neptune on the 13/14th. With this aspect, we’re likely to project unrealistic expectations or fears onto others, idealizing or demonizing them. Sure, people are great (or less than), but try to keep in mind that ultimately, they’re just people.

Venus is square to Saturn on the 17th, asking us to assess our relationships. Venus in Scorpio can be a bit possessive and jealous, arguing for greater intimacy and commitment, while Saturn in Aquarius could stick to an ideal image of relationship that is much less emotionally charged. Most people won’t feel this aspect very strongly, but folks with their partnerships in a more vulnerable place could experience some conflicted feelings.

Whatever you feel – about anything – it’s unlikely that you’ll be inclined to keep it bottled up as we move towards the full moon on the 20th. This full moon is in Pisces, indicating emotional sensitivity and openness, and is surrounded by Mercury aspects to boisterous Jupiter and powerful Pluto. It’s an opportunity to express yourself, share your feelings, and speak your truth, but keep in mind that the full moon can exaggerate emotions, especially when they’re seen through the fish-eye mirror of Pisces. Be aware also that with Mercury retrograding at the end of the month, issues that come up at this time may not be resolved until early November.

The Sun enters Libra at the equinox on September 22nd (3:20p EDT). Libra is considered the ‘fall’ of the Sun, as he now spends less than half the day above the horizon (day and night are exactly equal on the equinox day). The days shrink in size rapidly around the equinox, and we can feel the energy pulling inwards.

Not that things will be moving all that slowly as we enter the last week of the month. The Moon is still full of energy, and Venus opposes Uranus on the 22/23rd. Some people will feel constrained by their existing relationships and there might be an urge to break free – or maybe just ‘take a break’ from emotional intensity. While you might be inclined to try something (or someone) new in the area of romance, you may also appreciate the value of your independence.

On the 27th, we get another visit from that Cosmic Gremlin, Mercury retrograde. The usual caveats about signing contracts, buying electronics or cars, and watching out for communication and transportation snafus apply. Remember that the times around Mercury stations tend to have the most dramatic incidents.

Mercury notwithstanding, the last few days of September hold lovely potential for socializing, and even productivity, as Venus trines Neptune and squares Jupiter, while the Sun makes an easy trine to Saturn from the 28th through the 30th. Venus/Neptune could indicate fantasy, but might also be a time when we can relax some of our fears around partnership. Venus’ square to Jupiter is one of the roughest aspects for these two BFFs, given the signs involved. Venus in Scorpio wants to hold on possessively, while Jupiter in Aquarius might be okay staying ‘just friends’ or maybe even have an open relationship. Sun/Saturn is easy – follow the rules and go through protocol to get what you want and need.