These two popular sayings seem to offer hope to winter-weary folks, reminding us that things are warming up and getting better. You’ll notice that after April, there are no catchy phrases to comfort us – the warm breezes and greenery do that on their own (unless you live below the equator, of course).

This year, things really heat up in the second half of April. Actually, the upswing started in the latter part of March and continues through early April. Yet from about the 13th on we’ll see a noticeable increase in the collective momentum, as 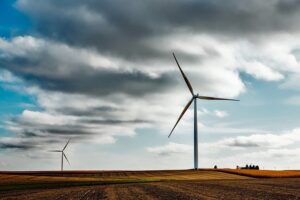 well as our in our individual lives. There’s a strong need for independence and freedom towards the end of the month, along with pressures to contain those needs – and the combination of celestial energies, spring fever, and ongoing Covid concerns are likely to be challenging for some folks to handle. The cosmic winds blow hard at the end of April, but hopefully by now we’re pretty good sailors.

The first half of April has lots of Fire and Air in the skies. By the 4th, the Sun, Venus, Mercury, Ceres, and Chiron are all in energetic Aries. The first week of the month is a great for pulling out of any winter blues and starting the real activity of the year. Keep an eye on the 7th, when the Sun meets Ceres – we’re likely to be getting messages about the environment and climate change.

A bit of a hiccup comes around the 9th, as Mercury meets Chiron and Mars squares Neptune. There could be a ‘hurry up and wait’ feel at this time, and some folks will act out due to feelings of despair and issues of self-worth.

Venus is square to Pluto at the Aries New Moon on the 11th, setting the table for significant changes in relationships and finance. Whether this is a time to hit the internal reset button or to make an active move will depend on individual circumstances, but for many this new moon will not seem quiet.

The next few days, from the 13th through the 17th, offer an energetic period when communication is key. Mercury, Mars, Jupiter, and Pluto form aspects with each other. It’s time to speak your truth – but be sure you are speaking the truth.

There’s an oscillation between tension and release that moves quickly throughout the last twelve days of April. Saturn and Pluto are prominent, and they’re known for putting on the pressure. Yet Uranus, Jupiter, and Mars also have a say in late April and early May, and they tend to encourage freedom and change.

After the Sun and Mercury move into Taurus on the 19th, a more Earthy tone dominates, so that things may seem to proceed a little more slowly: yet like a locomotive, there’s power behind the slow chugging of Taurus.

Venus, already in the sign, meets with Uranus on 22nd. All else being equal – and it ain’t – this would be a time of openness and experimentation in relationships. We may be inclined to try something, or someone, new, and the break out of our partnership routines. This year, Covid is likely to limit our options (Saturn and Pluto contain, Uranus tries to break free), but it’s still a good time to step outside of our comfort zones. For some of us, the gist of this time will be a desire to be alone and dance to the somewhat erratic beat of our own drummers.

Mars steps into Cancer on the 23rd. At the very first degree of Cancer, Mars triggers last year’s solar eclipse, resonating and reverberating with events from last June. The Cosmic Warrior at the very beginning of the sign of the crab always has a rather volatile energy, and he leans towards tradition, home, and clan. There’s a potentially reactionary movement to his placement in this sign that could manifest in politics and social justice issues.

On the 24th, it’s Mercury’s turn to meet with Uranus. Brilliant ideas may emerge, and in the sign of Taurus they should have some practical application. One potential danger is saying too much, or blurting out things that you might otherwise want to keep to yourself.

Venus and Mercury quickly square Saturn on the 24th and 25th. The freedom and openness of the Uranian aspects have to answer to the demands of Saturn, who prefers that we color within the lines. In our relationships and communication, we may thus find that we’re moving back into the box, rather than out of it.

While much of the above are likely to play out on the personal level, the last few days of April are especially charged in the collective. The Scorpio Full Moon is on the 26th. Alwayssomewhat emotional and unsettling, it is given extra power by Pluto’s station to go retrograde a day later. The explosive/implosive energy of this full moon is hard to predict beyond saying that it will be powerful for all of us.

On the, Pluto goes on to square Ceres, and again environmental issues may be prominent (the pandemic itself is something of an environmental issue). The Sun meets with Uranus on the same day, an aspect that could detonate the potential of Pluto/Ceres.